Freshwater systems are endangered. Habitat degradation, chemical pollution, altered hydrology, species invasions, overexploitation and climate change are threatening these habitats, here and now. The American Fisheries Society is trying to raise awareness about the importance of freshwater ecosystems. These systems can be considered biodiversity hotspots and they provide ecosystem services. However, it is really hard to lobby for them because the human use of freshwater for agriculture, energy and other economic developments (T)trumps conservation concerns in the society. We are responsible – I feel responsible, for making the public aware of their freshwater systems. We need to go out and communicate with the people.

Two weeks ago, I was invited by Suzanne Kelson, a PhD student in Stephanie’s lab to go talk to high school students from Moraga, a small town in the neighborhood of Berkeley. We went out to a little creek and discussed this freshwater habitat in the field with students. We measured stream flow, invertebrate biodiversity, hydrology and explained how a watershed is built up. I talked about fish migration, reproduction and the interaction with bacteria in salmonids, mostly steelheads. Each little station that was led by Suzanne, Hana Moidu, Jordan Wingenroth, and Brian Kastl gave the students insight into a different study area of freshwater biology. Together we provided each puzzle piece to give the students a greater picture. I felt like they walked away with more awareness for their surrounding environment. They were surprised to see so much in their little neighborhood creek. I am convinced they will experience their party/stroll/car- or bike ride at the river differently next time.

Back at home I read an essay in the Fisheries Magazine April 2018 by Marcy Cockrell, Kate Dubickas, Megan Hepner, and Matthew McCarthy (Fisheries, Vol 43, No. 4). They are reaching out to scientists and encourage them to advocate for policy issues. The believe that all citizens have a responsibility to engage in the political process, especially scientists. Advocating for science-related issues should not be a conflict of interest but a necessary step towards a more holistic scientific method and a more informed society.

They list the following nine guidelines how scientists could advocate:

Thank you Suzanne for inviting me to your outreach activity. I think we took care of points 4, 6 and 7. I also would like to thank Stephanie for being a great role model how to actively pursue all numbers 1-9, advocating for freshwater sciences and building a great community of freshwater scientists (for example Mary Power, Ted Grantham and Albert Ruhi), a new hotspot at UC Berkeley! 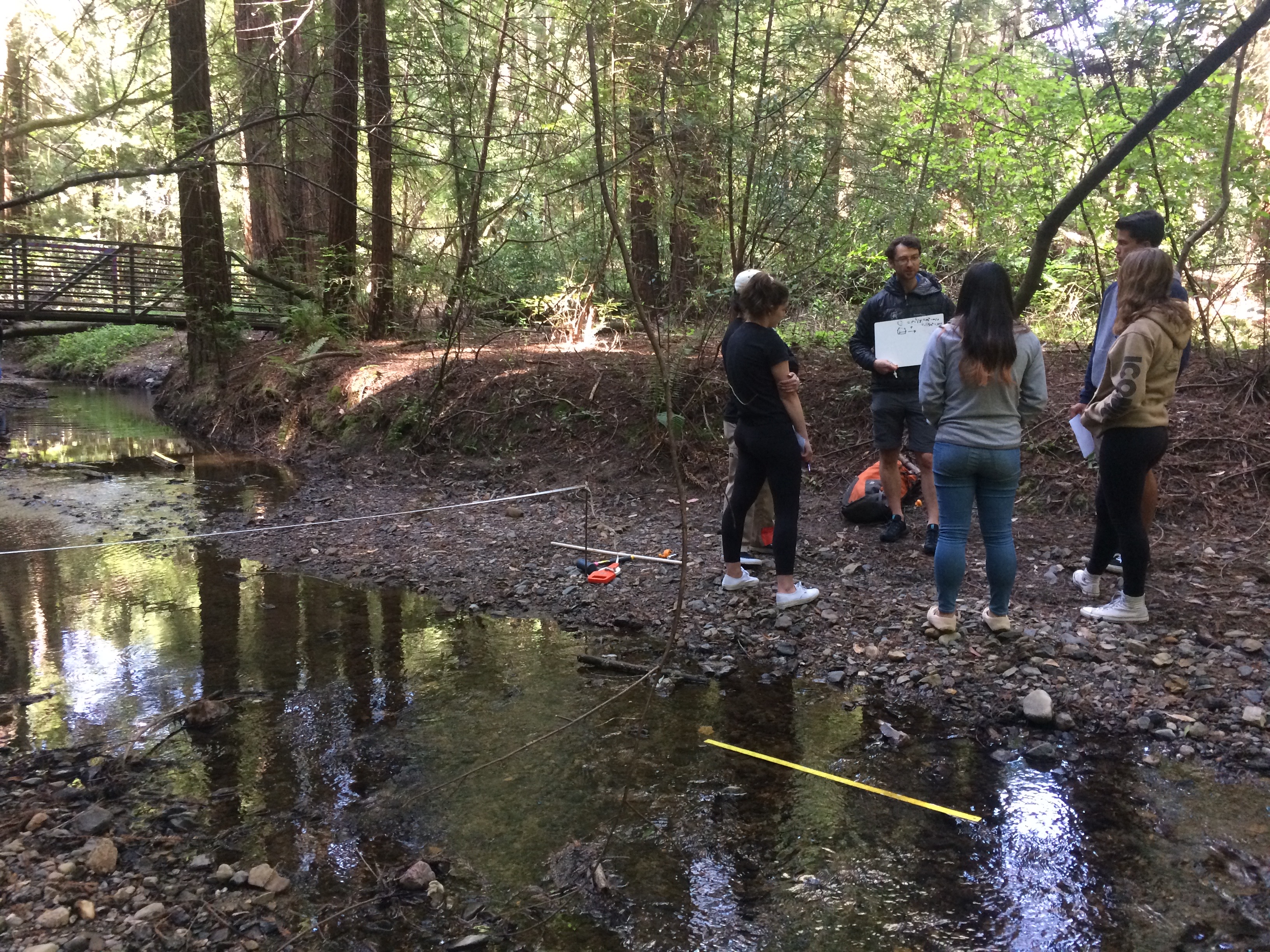 Brian Kastl explains to the students how to calculate water flows in the creek.

3 thoughts on “Embracing advocacy in science”