Here we published a correlative study of bacterial assemblages on naturally-spawned brown trout (Salmo trutta) eggs. During my first year as a PhD student I collected brown trout eggs within a big river system in the canton of Berne. I joined Joachim Guthruf, a passionate brown trout specialist, who monitored natural spawning in the main river Aare and its tributaries. He studied the fish for days in order to see them spawning and mark the burial sites of the eggs. About three weeks later he would go back and dig out the eggs, count them and analyze the spawning success at the different spawning sites. I had the opportunity to join and help him during most his trips. While I helped him with his data acquisition, I also collected eggs at the late-eyed developmental stage for my own studies. I was interested in investigating the spatial pattern of host-associated bacterial communities in brown trout eggs across a rivers system. Recent experiments with salmonid embryos established important principles of microbial colonization, maternal transmission of bacteria, bacterial virulence factors, and host genetic responses to bacterial infections. This progress stands in sharp contrast to what is known about the diversity of host-associated bacteria of fish in their natural environment. 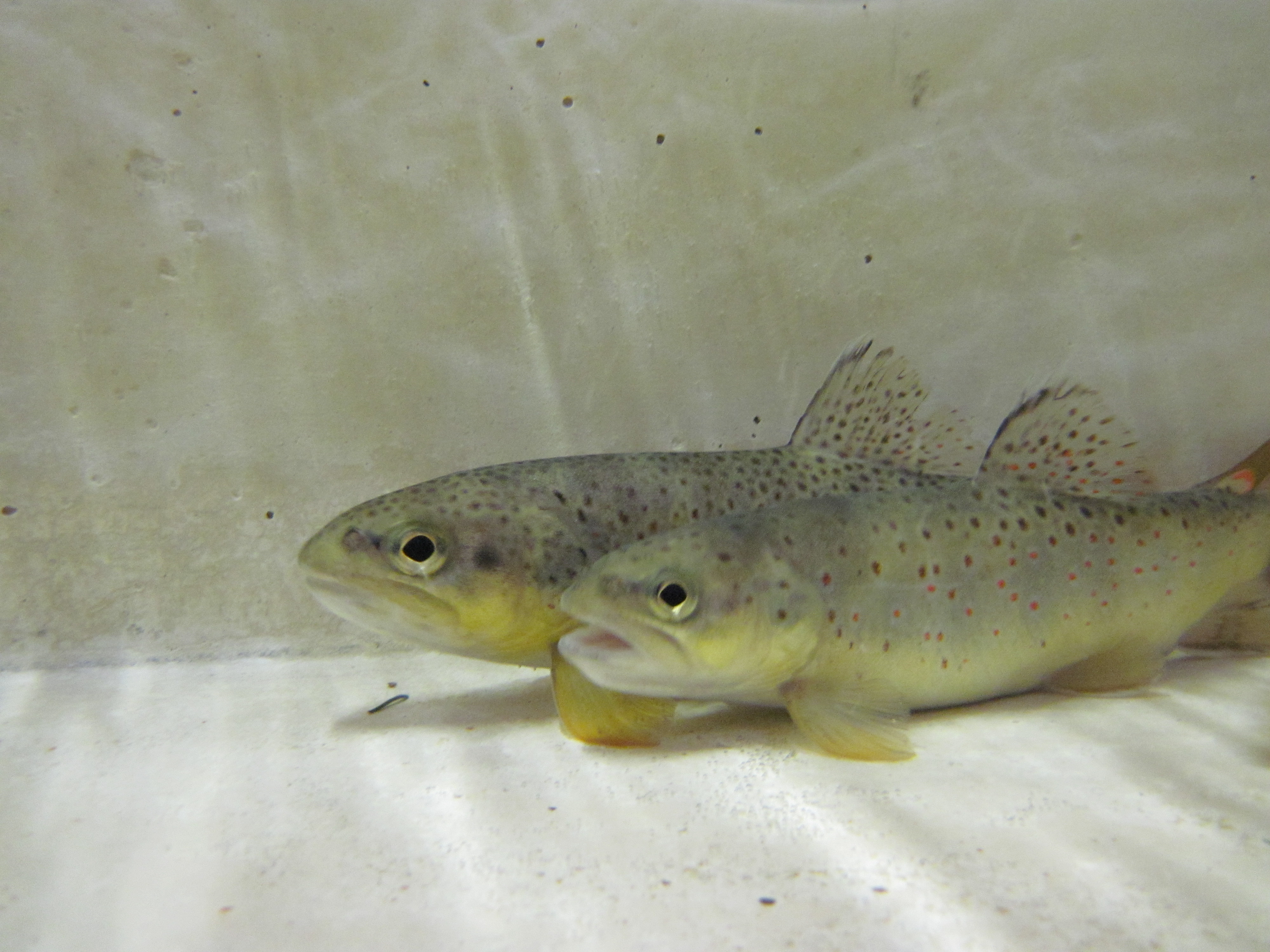 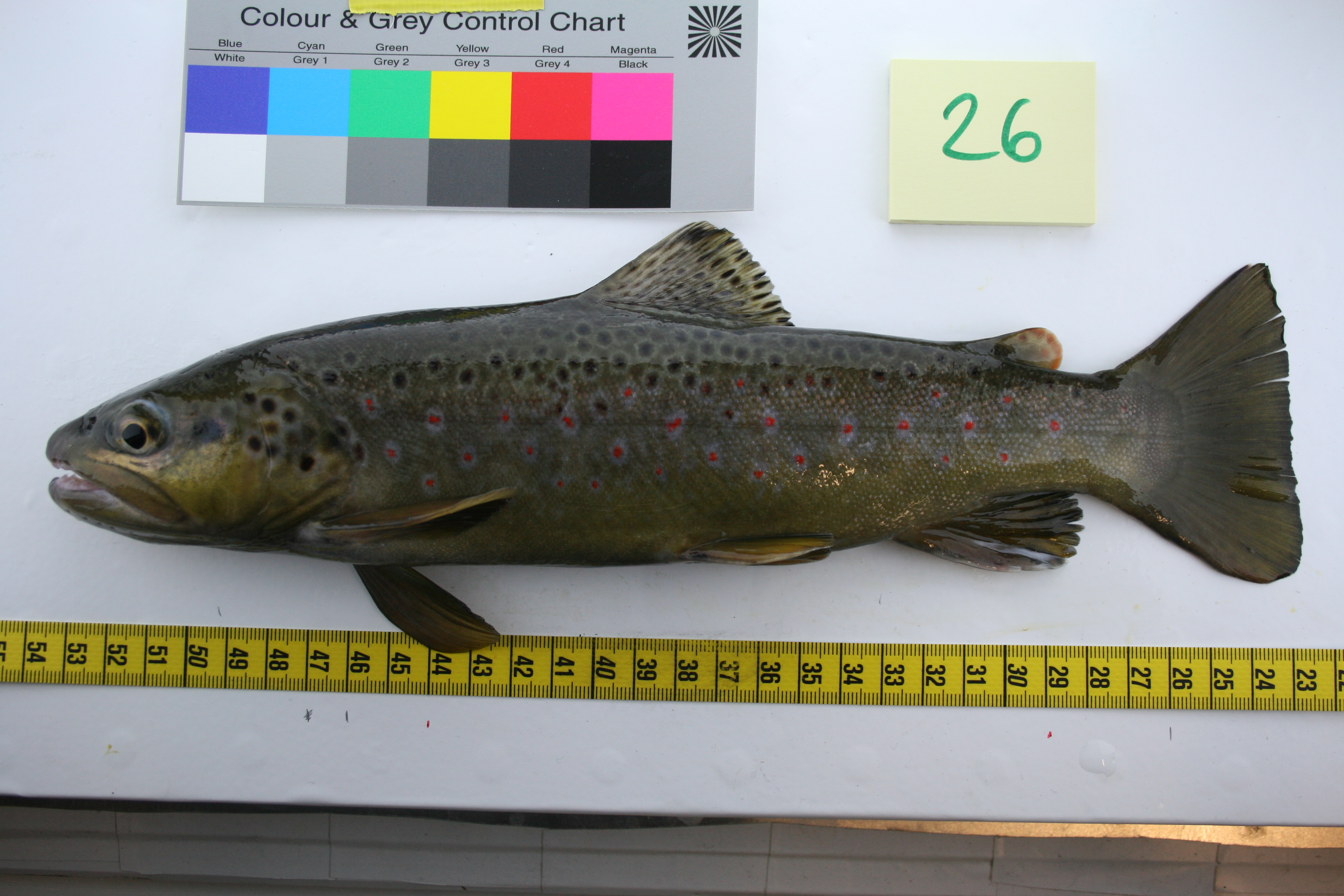 For this study we characterized bacteria at nine different locations. Eight locations were within the river Aare system and one location was in Sils/Maria, within a non-connected river system of a different river, the river Inn. Bacterial communities on brown trout eggs differed markedly from the composition of bacteria found in their water environment. However, they were strikingly similar across different habitats and rivers regardless of (i) geographic distance among spawning places (isolation-by-distance) and (ii) host genetic and morphological differentiation. These findings strongly suggest that brown trout have egg-specific microbiomes. In the paper we describe the trout egg-associated microbiomes in detail and report evidence that bacterial diversity increases with water temperature. 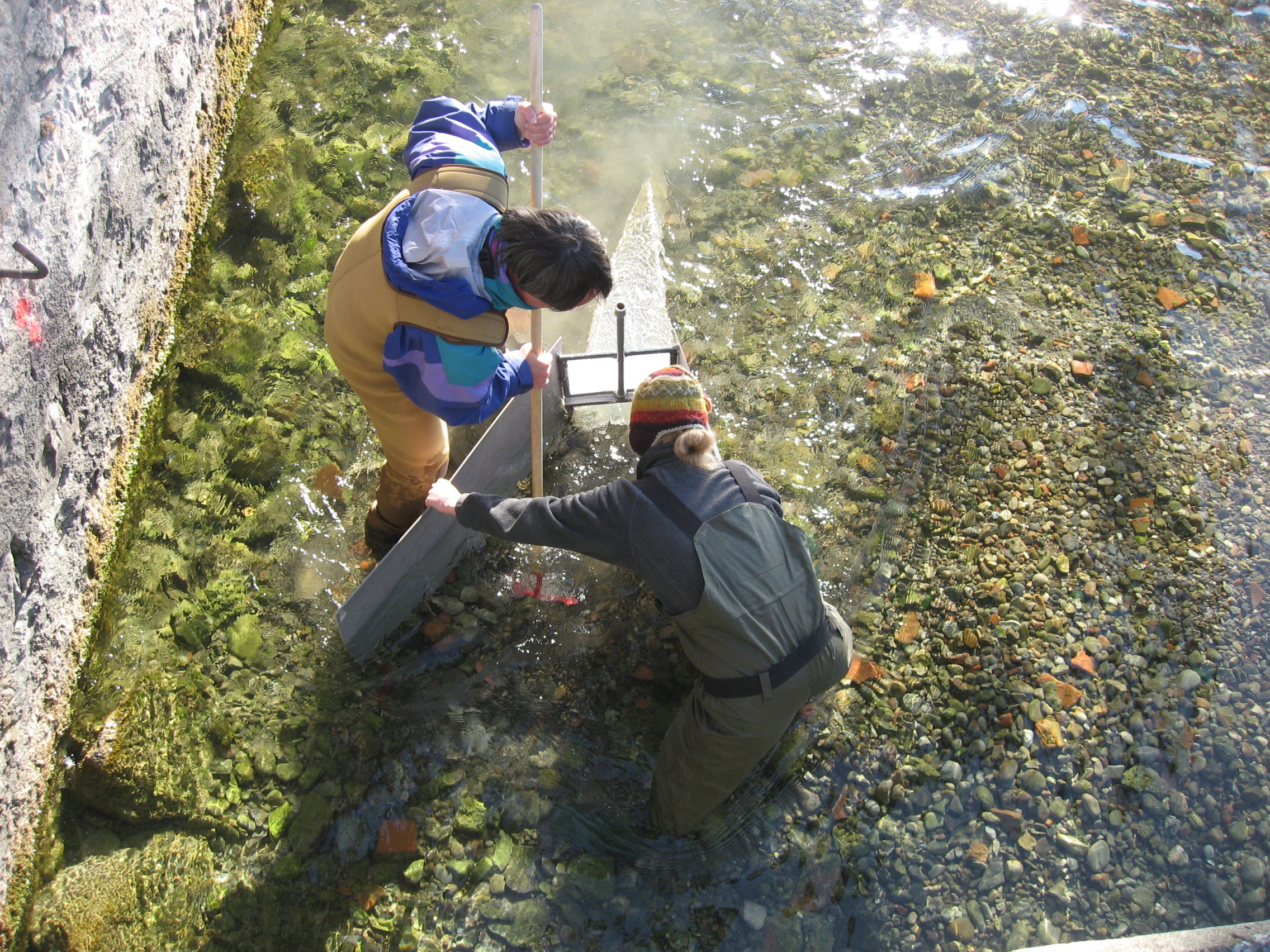 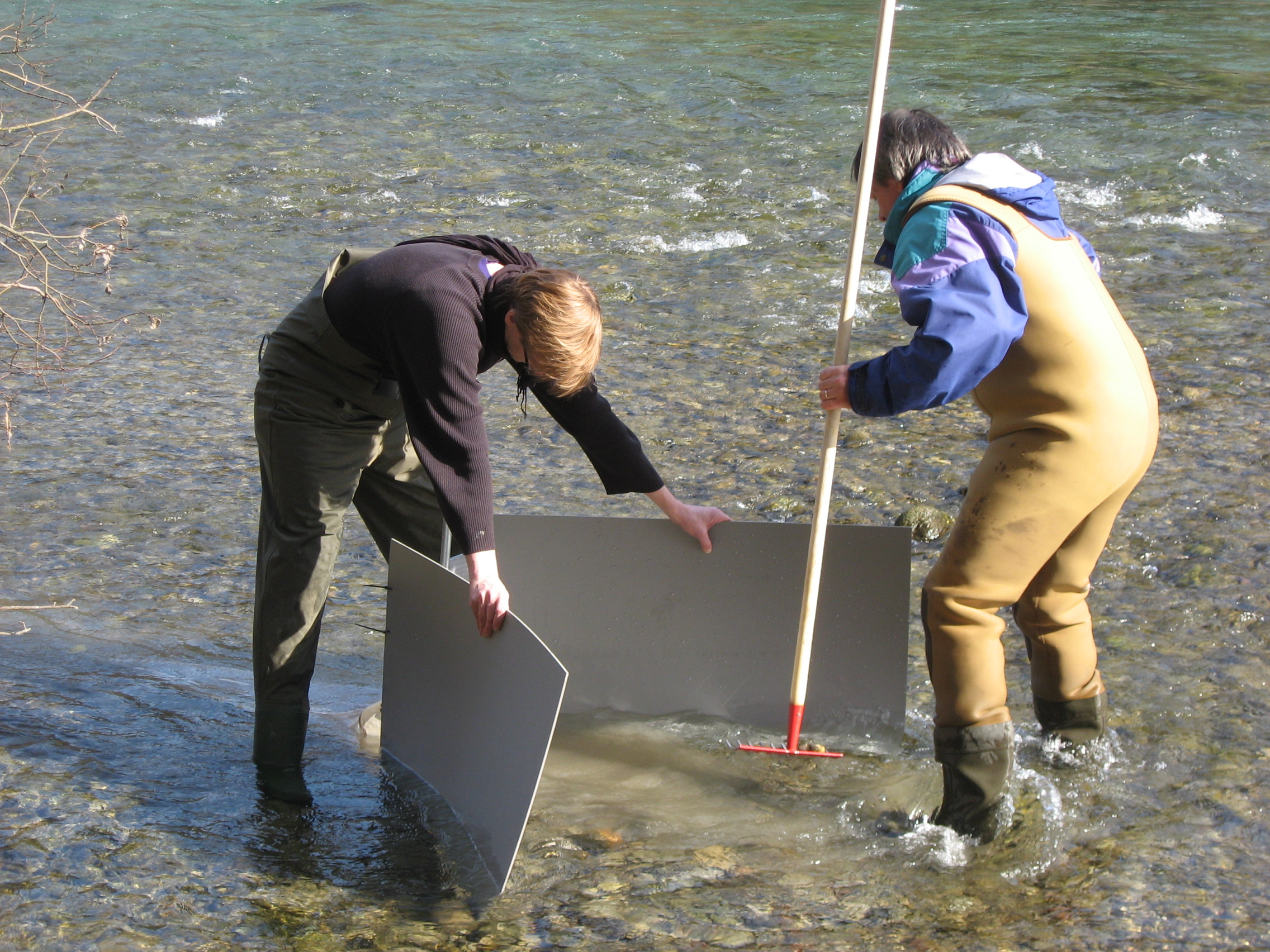 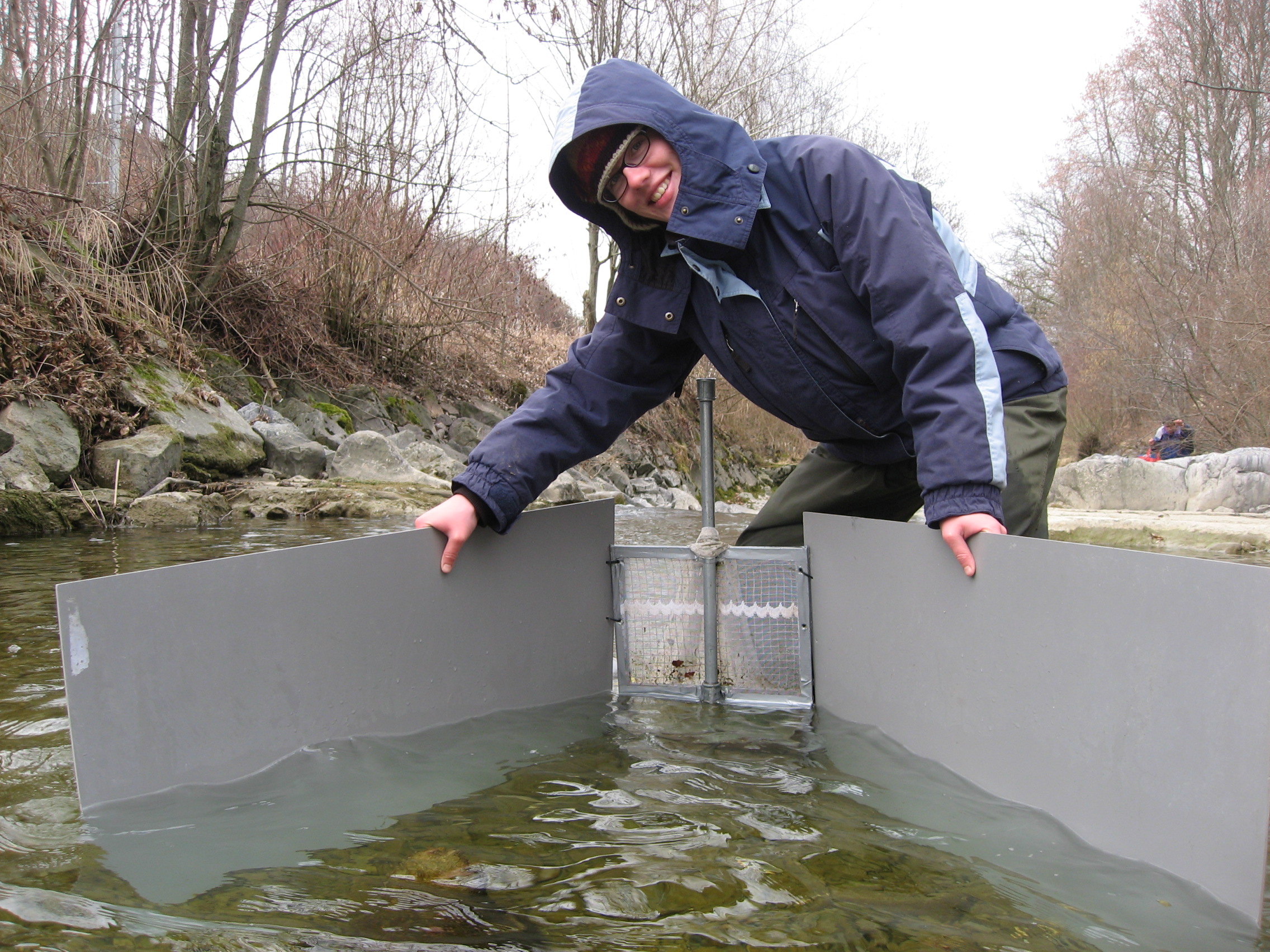 I worked a very long time on this manuscript and I learned some very important conceptual points about working with environmental sampling of bacterial communities. First, I think it is extremely important to collect water samples or any kind of environmental samples when characterizing host-associated bacteria in their natural environment. This allows the discrimination of bacteria that are specifically associated with a host and bacteria that seem to be omnipresent in their environment. Second, I find it important to sample blank samples and sequence them. It is an illusion to think that we can work under sterile conditions in the field. So why not capturing all kinds of contaminations that we collect in the course of the study and subtract this from the real samples? We already followed this approach in our Aquatic Sciences paper earlier this year (blog post about it). Recently, Noah Fierer also tweeted about the importance of this approach and I must admit that I was very proud I already have published some articles where we took care of this issue. Third, we were dealing with some pretty low sample sizes for some locations. As we had to find a way to optimize the rather expensive sequencing technique (454 Pyrosequencing, Roche), we ended up pooling all the different sites where brown trout bury their eggs for each spawning location so the comparisons between locations could not be based anymore on variance estimates. Consequently, our data only allowed for (i) correlations of water temperature with bacterial community diversity, (ii) correlations of geographic and host genetic distance among spawning places with phylogenetic distance of bacterial communities, (iii) characterizations of core bacterial communities on all brown trout eggs, and (iv) comparisons of egg samples and water samples with regard to bacterial composition and its putative function. With regard to the comparison between the bacterial communities of the main river Aare with its tributaries we added a bootstrapping approach that is similar to a power analysis. Here we increased the number of samples for the main river Aare and its tributaries sequentially, using simulations, and investigated how many samples would be needed to find a significant difference in bacterial composition given the observed distribution of bacteria in our dataset. With regard to relationships between phylogenetic distance of bacterial communities among spawning places with geographic distance and host genetic distance respectively, we also analyzed the effect of reducing the number of pairwise comparisons on slope estimates and discussed this in the light of low sample sizes. 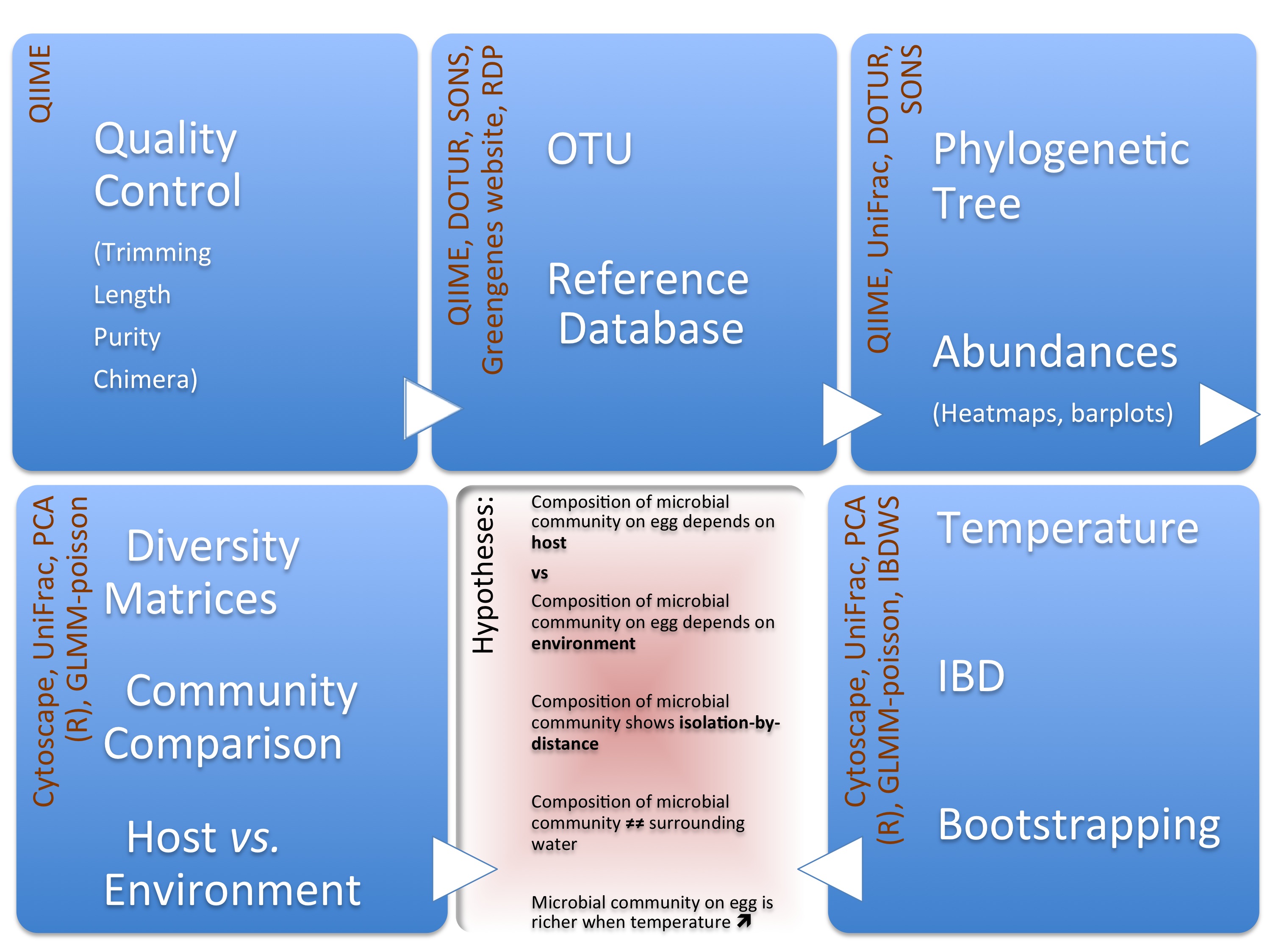 At this point I would like to thank Joachim for his time in the field with me, his patience and his generosity, sharing all this insider information about the local brown trout populations. I am also grateful to Claus and Luca for letting me follow my own curiosity and helping me a great deal with the writing for this manuscript. Aude, my first Master student at the University of Lausanne helped me a lot with the wet lab work for this manuscript, which was very time consuming and also under time pressure as I was expecting my daughter Linnea at that time. Finally, Frédéric supported me with the statistical analysis after the first revision by two very competent Scientific Reports reviewers. He backed up my statistical approaches and pointed out some weaknesses. I am very happy that this article is out now!