Five weeks ago, we landed in Zürich. Back home in Switzerland. Since then I went through many emotions and memories. Constantly inhaling everything around me. Privilege. Mostly privilege. Swiss people don’t know how privileged they are. I have been breathing cristal clean air and drinking the most pure and tasty water since months. I have talked to researchers being funded by millions of Swiss taxpayer dollars (Franken, actually). I have looked at sparsely populated paradise valleys. I have touched the most happy and friendly cows in the world. 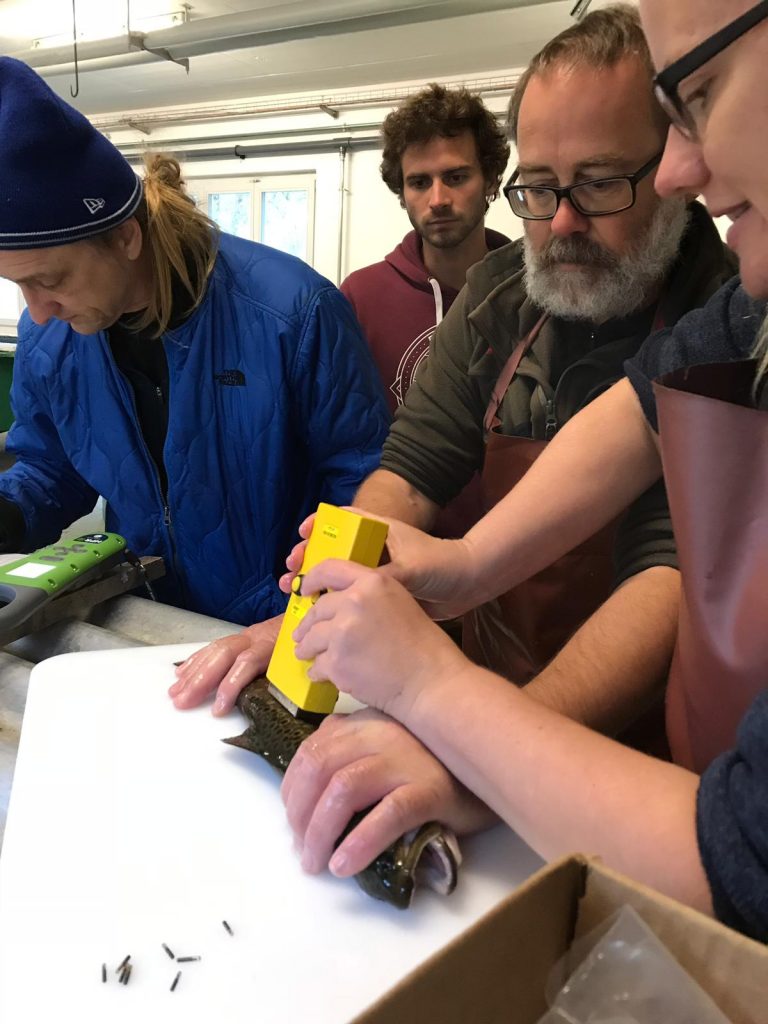 Lots of fieldwork on brown trout in Graubünden with Roland Tomaschett, graduate student Victor Ammann and many invaluable helpers from my family 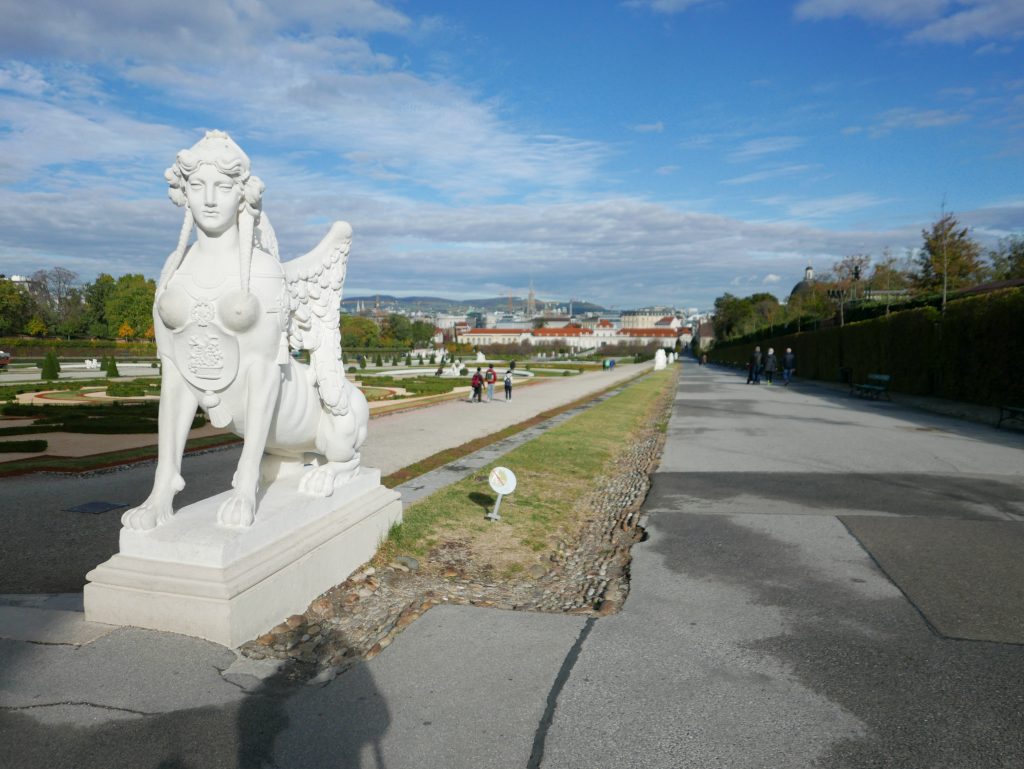 Trip to Vienna with my mom to meet Jillian Petersen 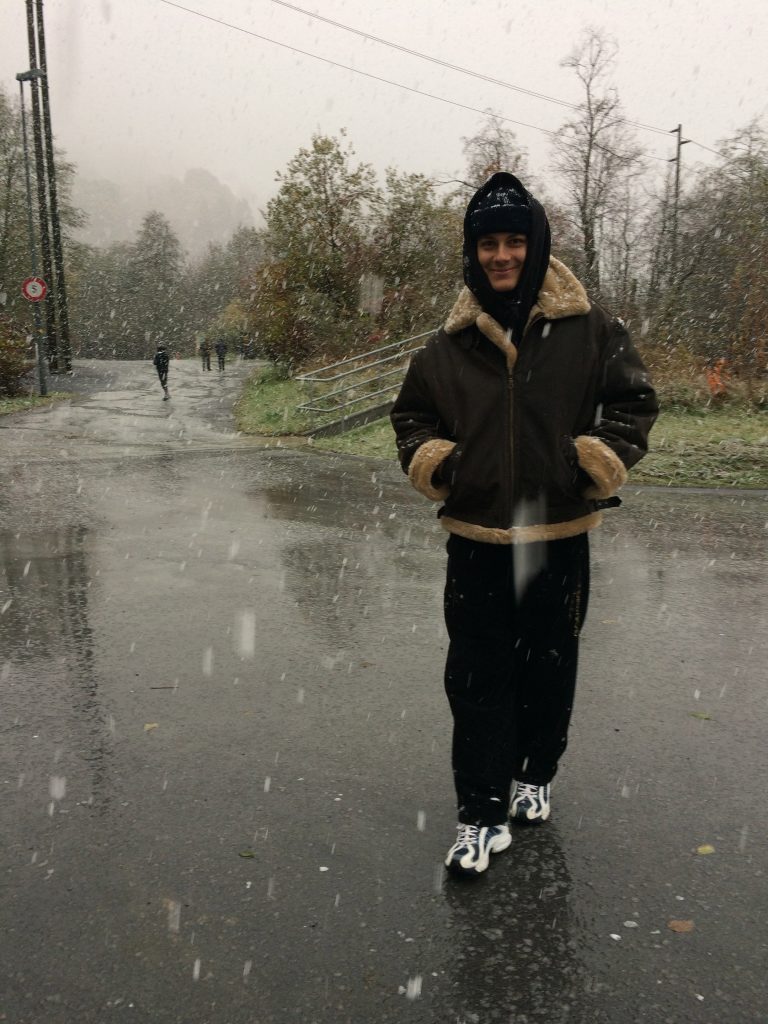 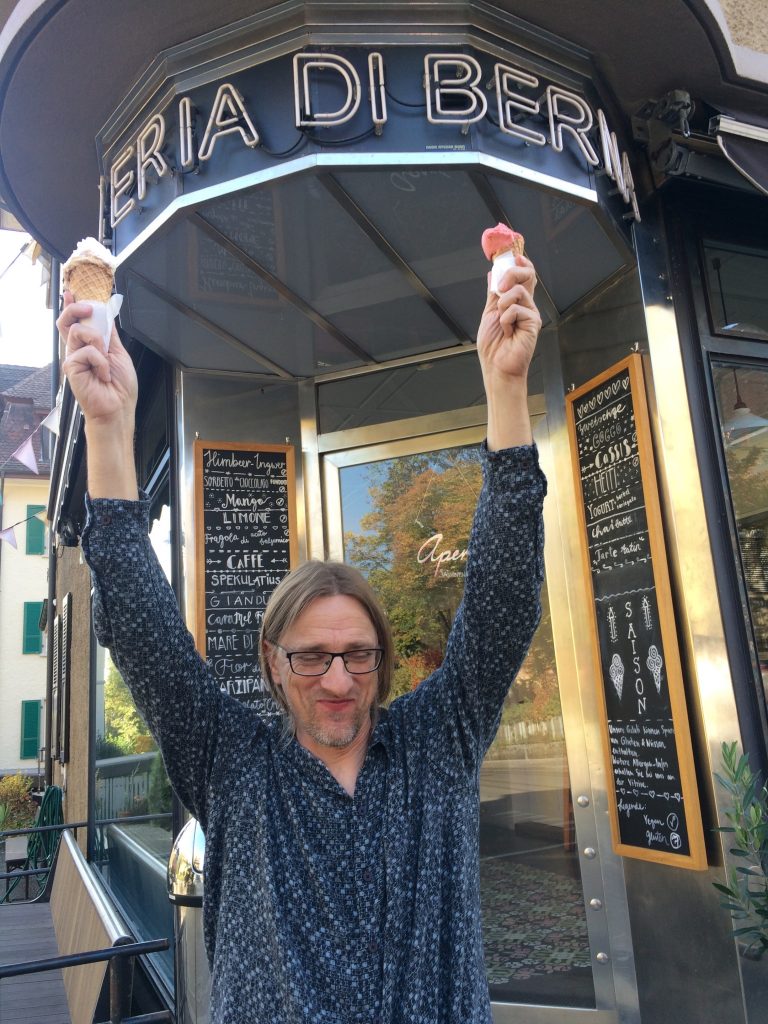 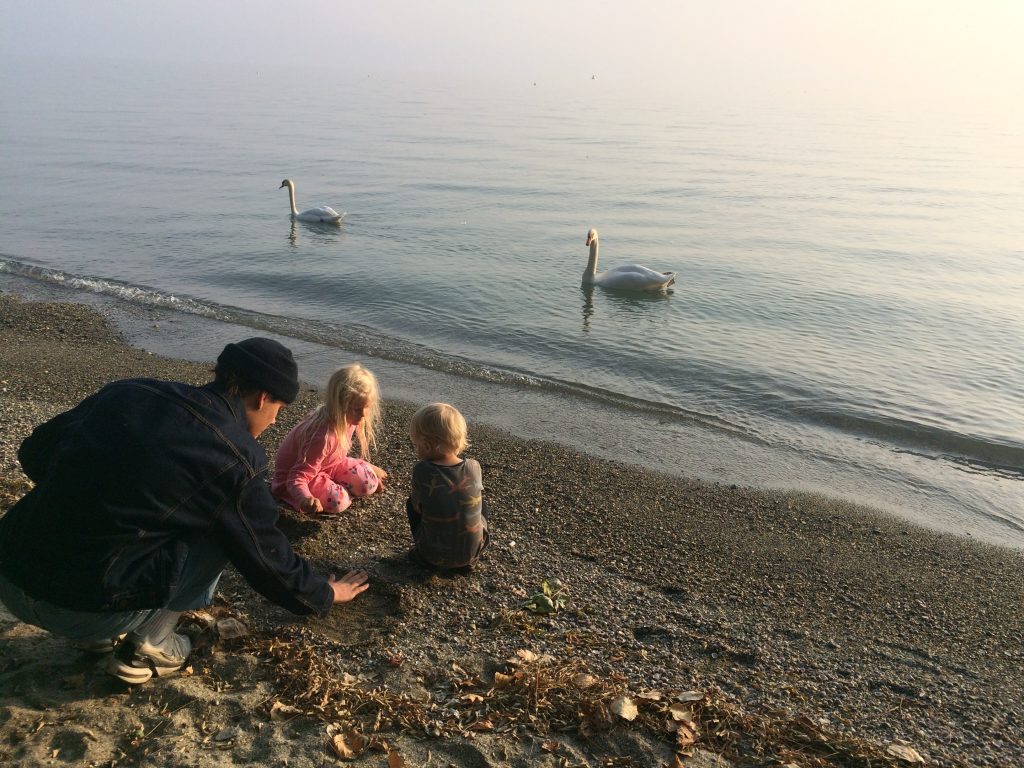 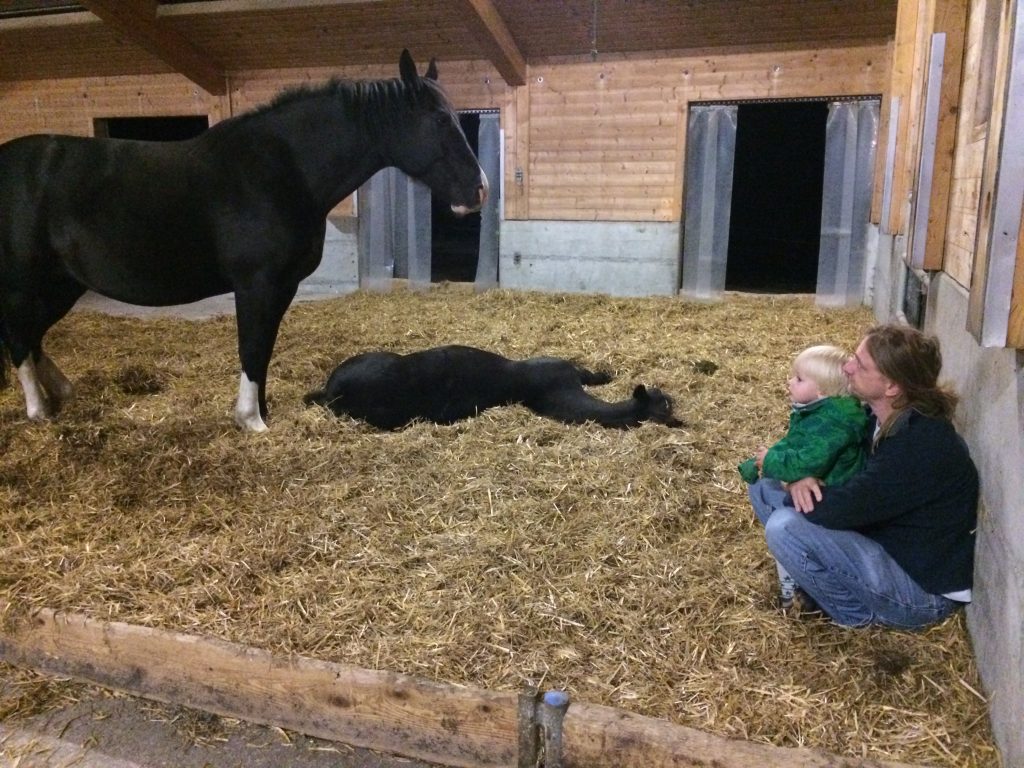 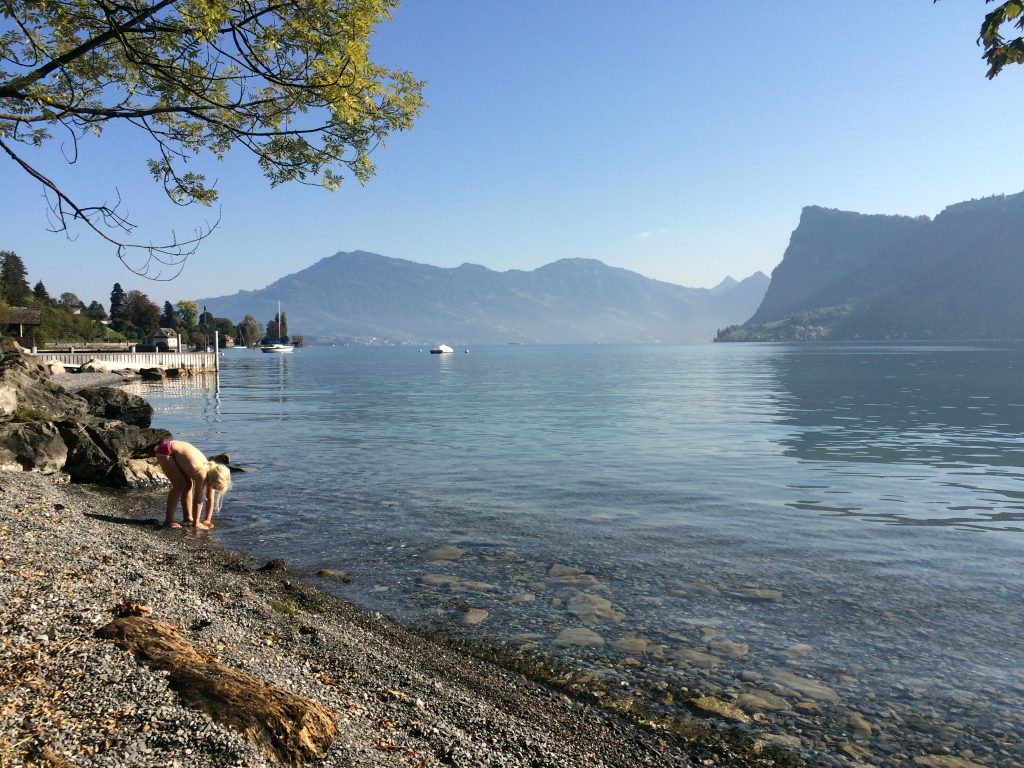 Linnea playing in front of EAWAG, The Swiss Federal Institute of Aquatic Science and Technology where I met professors Jakob Brodersen and Ole Seehausen

Now I am back in California. We were looking forward to returning to heaven. Instead, we realized that the apocalypse is here. Right now. 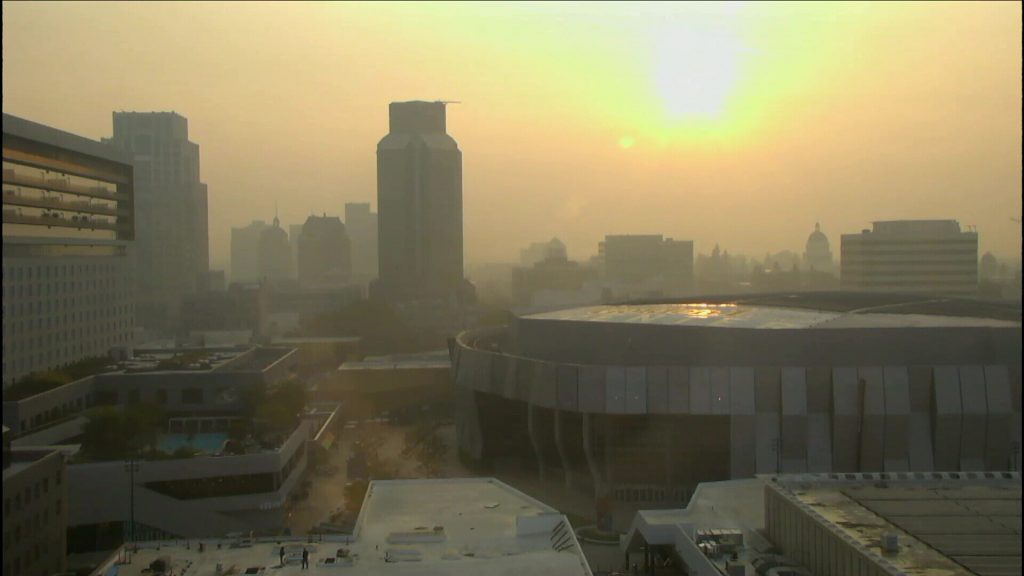 Today: Smoke in the city 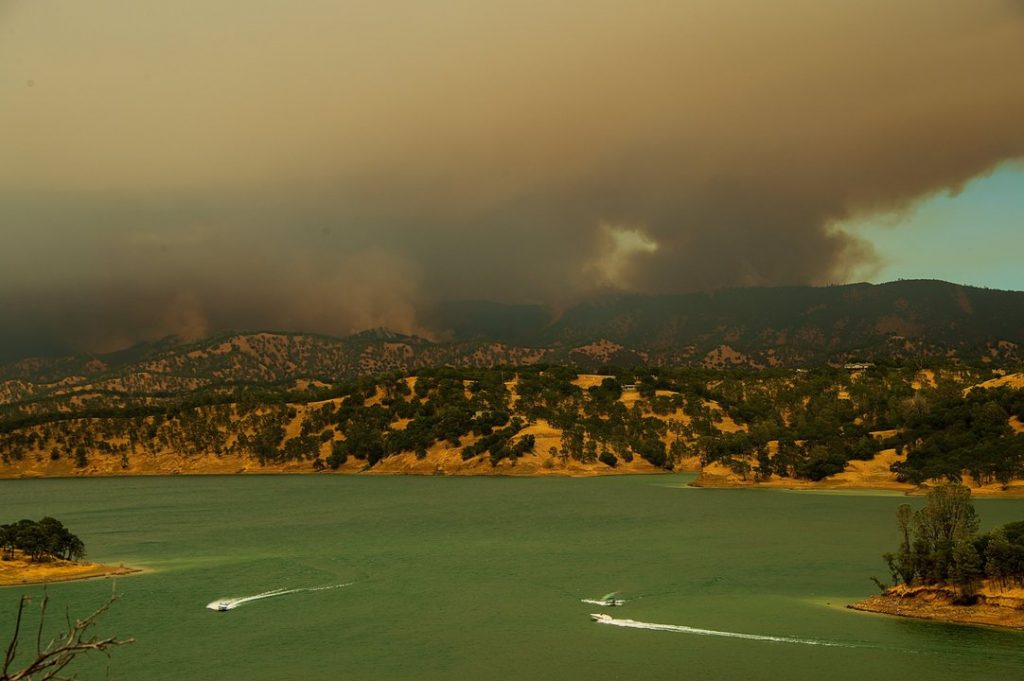 Fires in July: The County Fire west towards Lake Berryessa has burned over 22,000 acres without containment on Sunday, July 1, 2018 in Napa County.

Donny and I made a list. I accomplished 40 important tasks in Switzerland. I worked without a break. Now I am looking out of the window and wonder about life. Davis is covered in smoke. Inside. Outside. Everywhere. Climate change is here. Right now. We are all in it. Privileged people and less privileged people as well. Everybody. It is absolutely surreal for me to see people walking through the smoke with face masks. In the most beautiful state in the world. It is burning down.

UC Davis closed two days ago. Jonathan Eisen, my sponsor and mentor at UC Davis fought for it. The health risks are simply too big. Public schools were open until today. Mostly because so many parents work and can’t afford to keep their kids at home. However, the air quality became so bad today that all schools are closed now. We are not sure if we will stay in Davis over the weekend.

It seems like we are all working for the department of destruction. By the way, did you know that there is a Department of Destruction? We learned about it after we forgot our passports in the airplane from Paris to Zürich. We had been flying from San Francisco to Paris. The kids were super nice, but Jacoby decided not to sleep. So, we stayed up with him. Doing things. After immigration and transfer in Paris, we fell asleep on the plane to Switzerland. All four of us. Like a coma. We actually fell asleep before the plane departed from Paris. Somebody had to wake us up in Zürich. When we rushed out of the plane, we forgot the passports on the plane. When I called later and asked at Air France, the cleaning personnel, the airport police; we were told that our passport were found. Somebody brought them to the airport police. The Swiss one was destroyed immediately according to Swiss law. The Americans were sent to the embassy and were going to be destroyed within 21 days. At the Department of Destruction. This is us.