Two weeks ago, we presented at poster about our current fish research at the Lake Arrowhead Microbial Genomics Meeting #LAMG2018.

In most species with an external breeding system and no parental care it is generally assumed that males only provide genes to the next generation. Recent studies however demonstrated that offspring can also inherit non-genetic traits, such as epigenetic effects or bacteria. Here we characterized symbiont bacterial communities in milt of brown trout (Salmo trutta) and rainbow trout (Oncorhynchus mykiss) and tested whether bacteria are transferred from the father vertically to the next generation. We used a full-factorial breeding design and in vitro fertilizations in order to separate genetic and environmental effects on offspring performance. For the fertilizations we either washed milt with antimicrobial compounds or we left it untreated. We found a high diversity of bacteria in the milt of different sires and we monitored bacterial communities on developing embryos until one day after hatching. Offspring that originated from washed milt hatched later and were smaller than their natural fullsiblings. This difference in size persisted until ten days after hatching (the end of our experiment). Our results are discussed in the light of anthropogenic influences (i.e., micropollutants in freshwater systems) and the coevolution of hosts and their microbiomes. 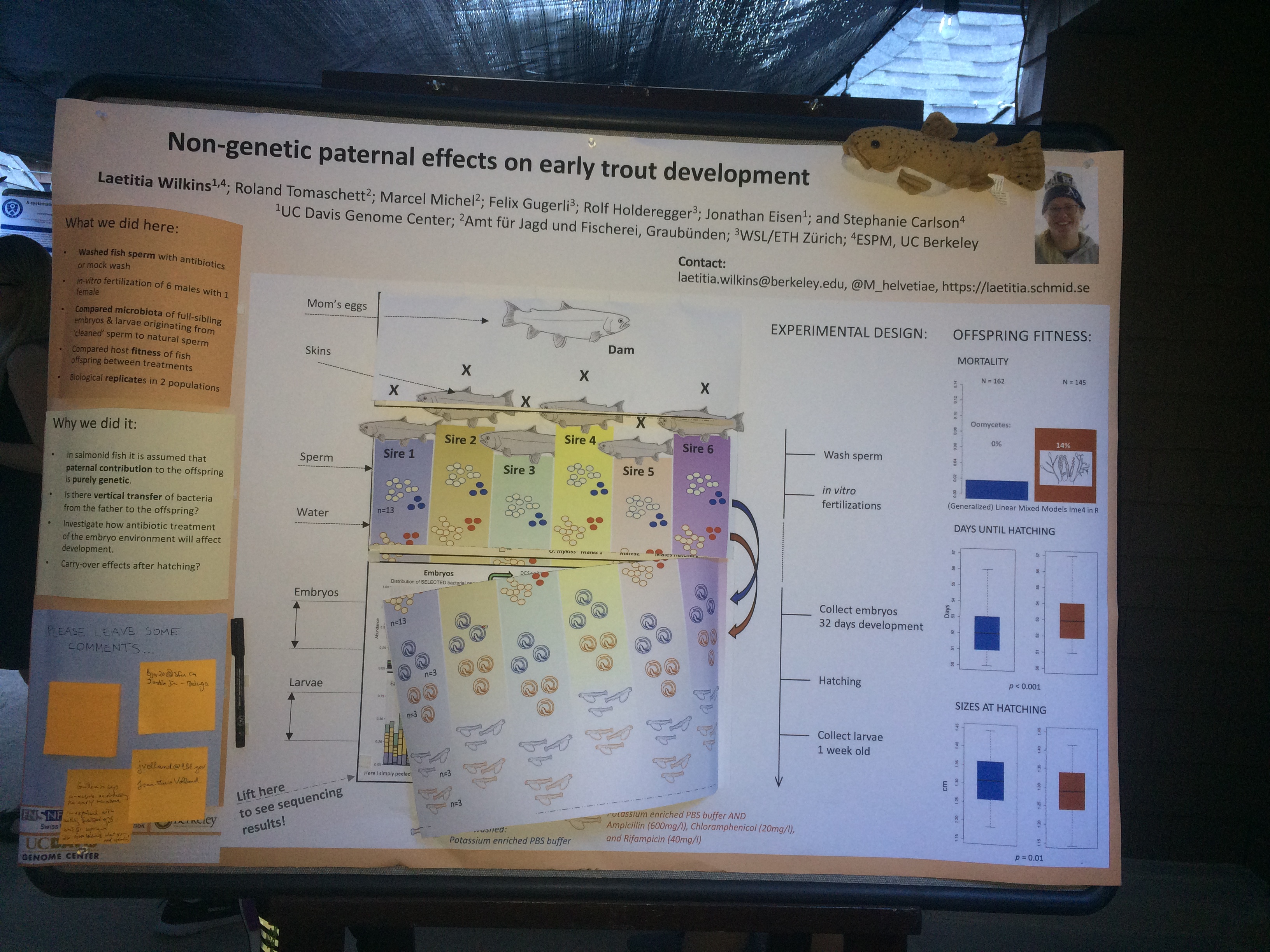