This post is written by David Zeugin, University of Lausanne

My project with Laetitia was about the decline of a European grayling (Thymallus thymallus) population in Lake Thun, Switzerland. We looked at the effects of inbreeding on offspring survival. To manage this population, juveniles are bred each year in a hatchery from a stock of captive fish and released into the wild. However, breeding fish in a hatchery leads inevitably to inbreeding. We investigated the effects of this inbreeding by comparing reproduction success of wild fish and captive ones simultaneously in a climate chamber at the university. During the course of their development, we measured embryo survival, time until hatching and sizes of larvae. Additionally, we tried to develop a gynogenesis protocol. 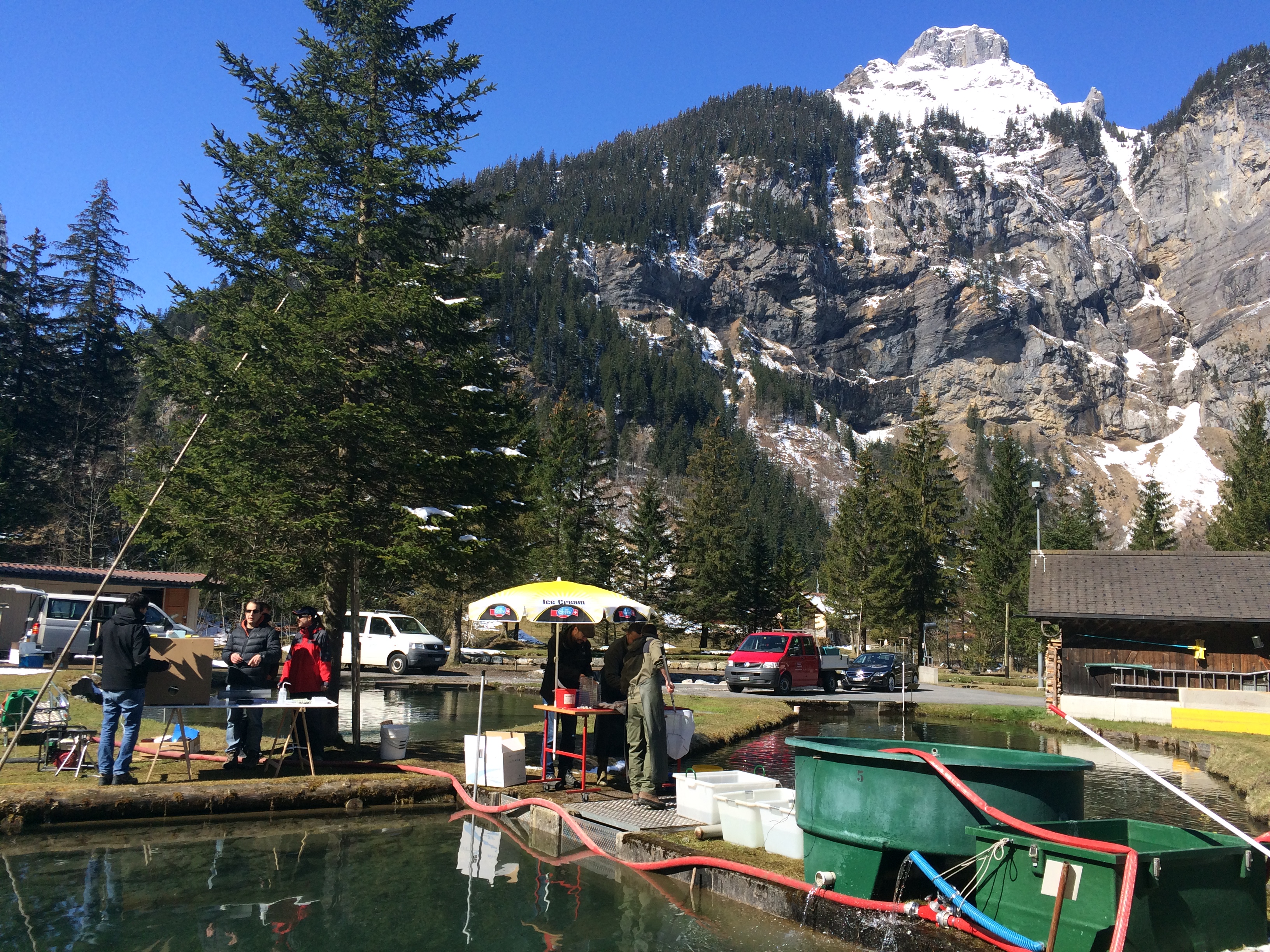 Getting the fish (grayling) in Kandersteg, BE.

Gynogenesis allows the creation of artificial diploid homozygote offspring from the haploid genetic material in the eggs of the mother. Eggs are fertilized with inactivated sperm and then exposed to heat shock or radiation to trigger cell division. Eggs and sperm from wild fish and hatchery stock were used for this protocol. The effects of inbreeding at different levels; i.e., crossing wild individuals vs. crossing hatchery stock fish vs. crossing a female with itself was measured by stressing the resulting embryos with three fish pathogens, Pseudomonas fluorescens, Aeromonas salmonicida and Aeromonas sobria. 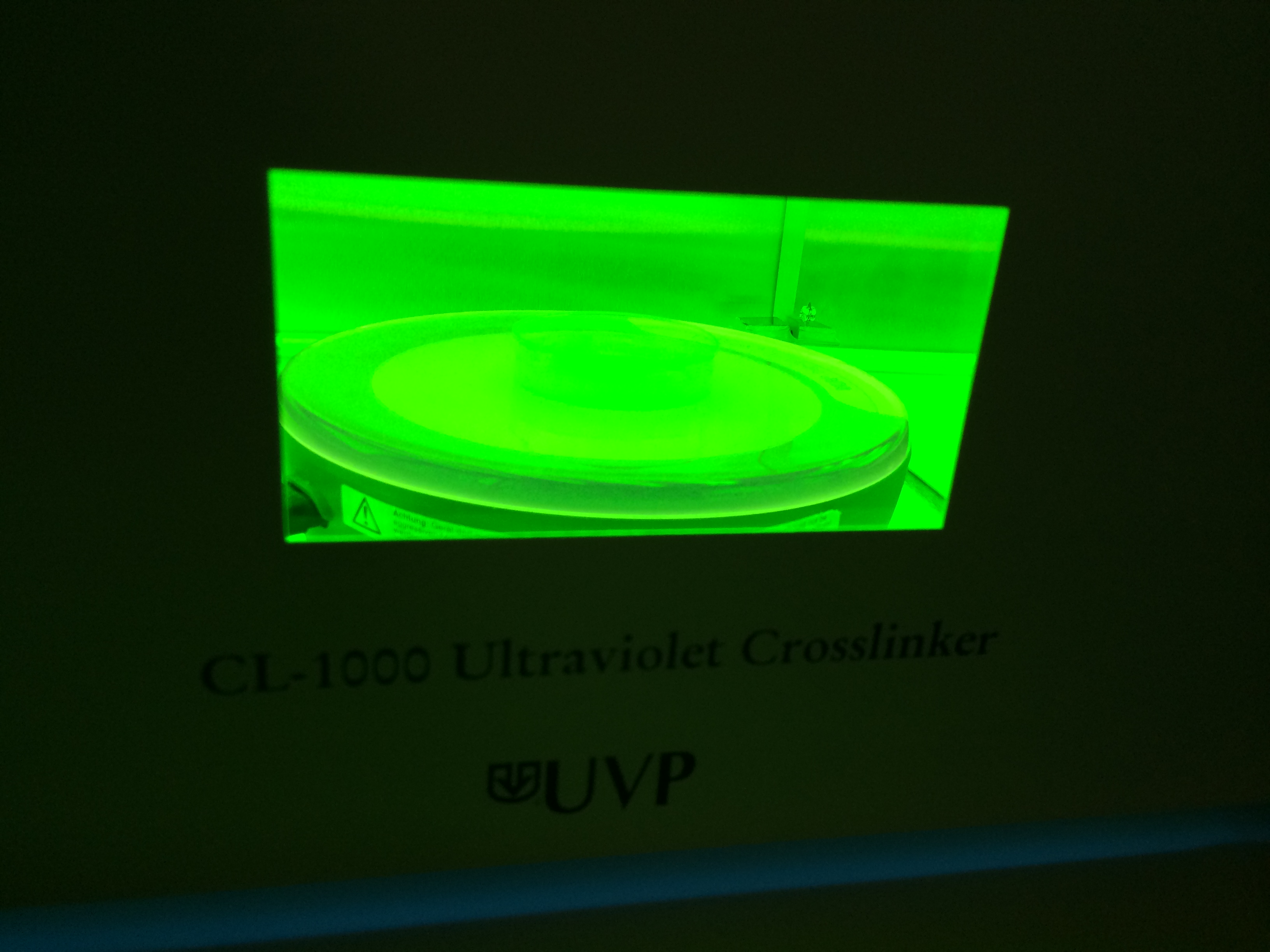 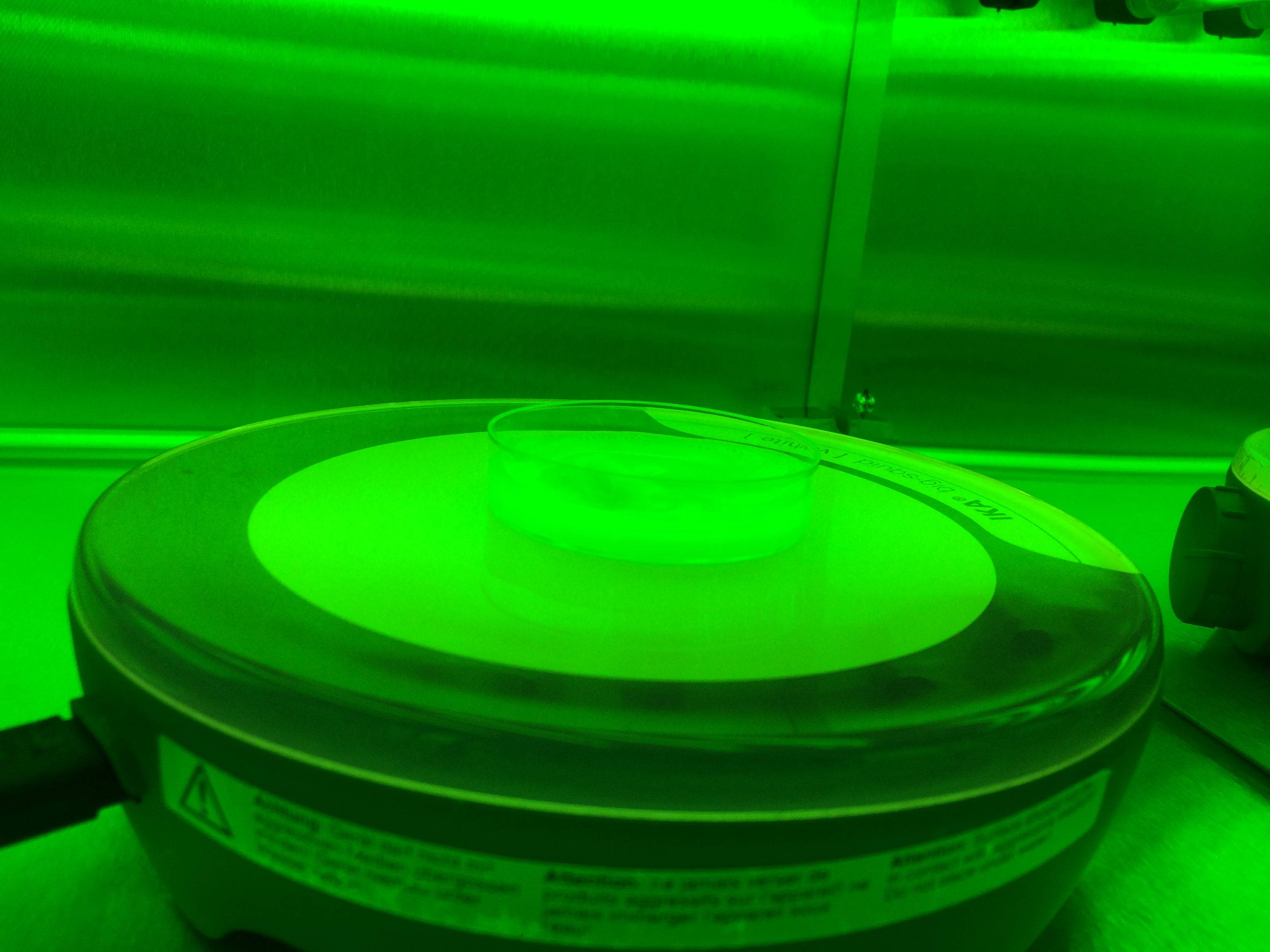 Inside the UV box.

We had a very low success rate of gynogenesis. The number of viable diploid offspring for each female was so low that we could not statistically compare their performance to the other grayling embryos and larvae. The number of viable embryos was relatively high but they all died before hatching. However, grayling embryos coming from parents that had been produced and raised in hatcheries reacted with a higher mortality and earlier hatching compared to the offspring of wild fish when presented to both A. salmoncida and A. sobria 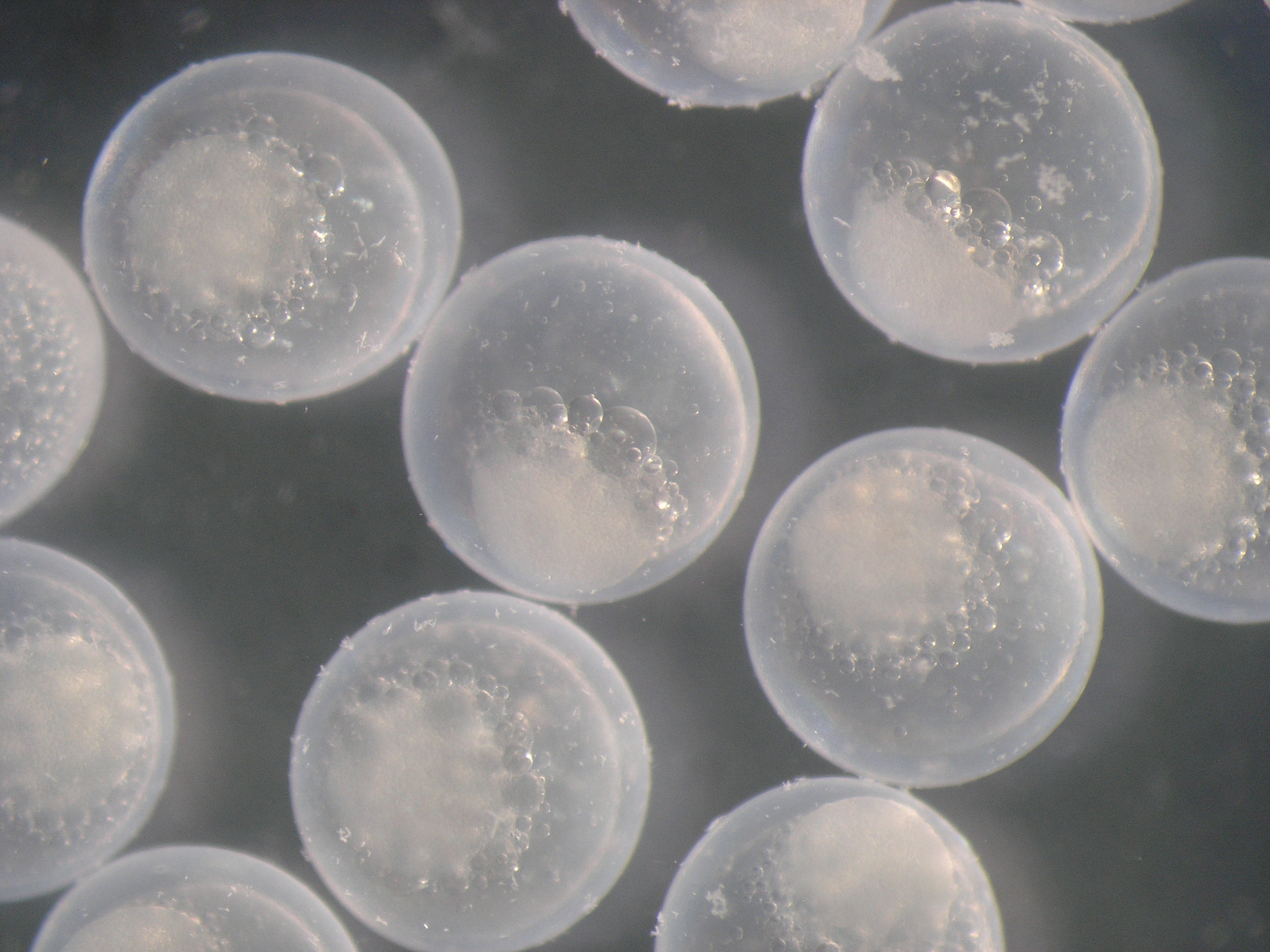 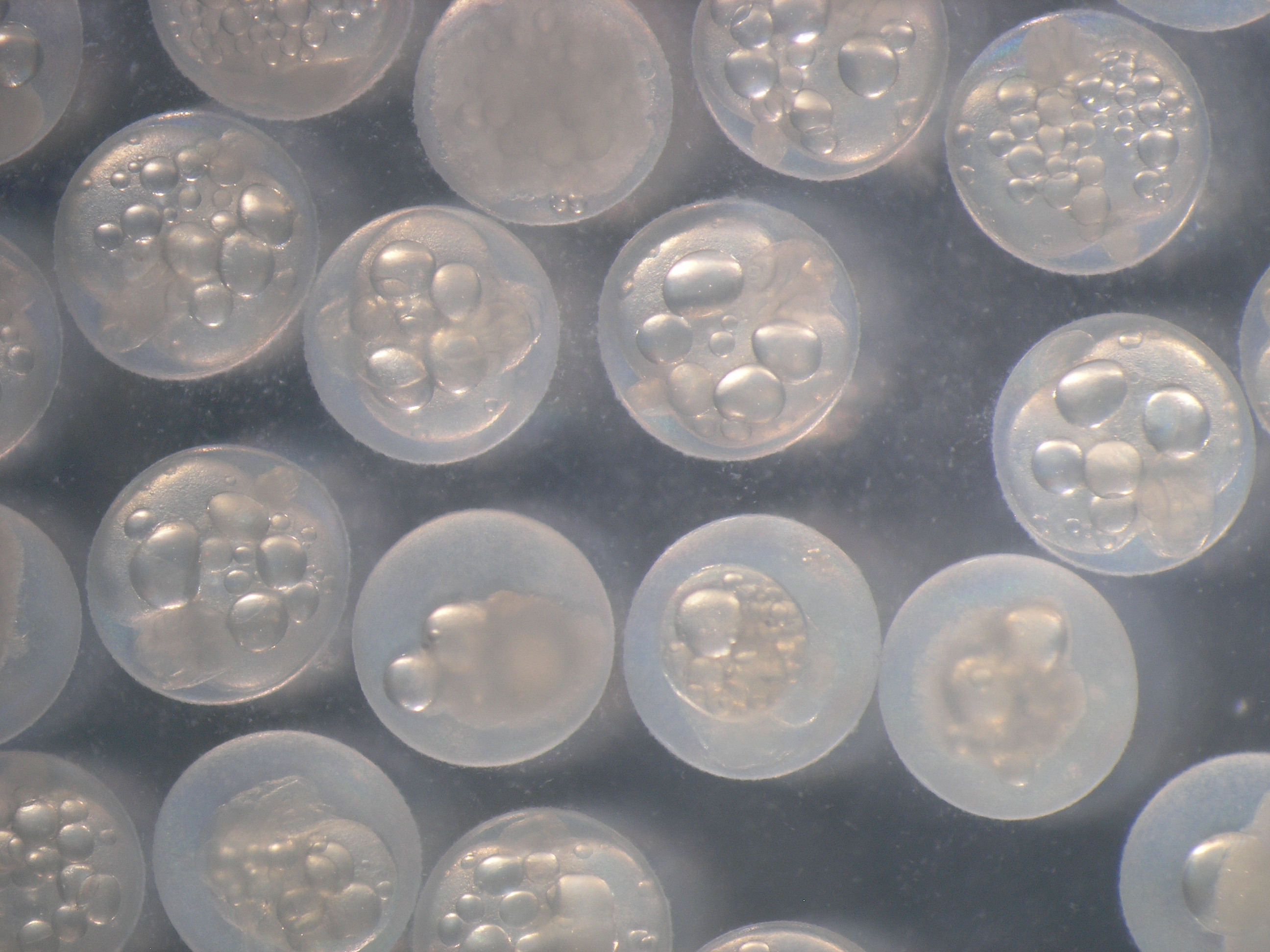 Most of the gynogens are dying.

The supervision of Laetitia in this project helped me to take initiatives, to be rigorous in my experimental design and conduct, and to develop my communication skills. I directly profited from her large knowledge on the subject and appreciated that Laetitia was supervising my work and at the same time giving me the opportunity to develop my own hypothesis on the project.

I am now a Ph.D. candidate in the Ionta lab and work on neuroscience. I am studying the neural basis of visuo-motor control and how they interact in the human brain.  https://iontalab.org 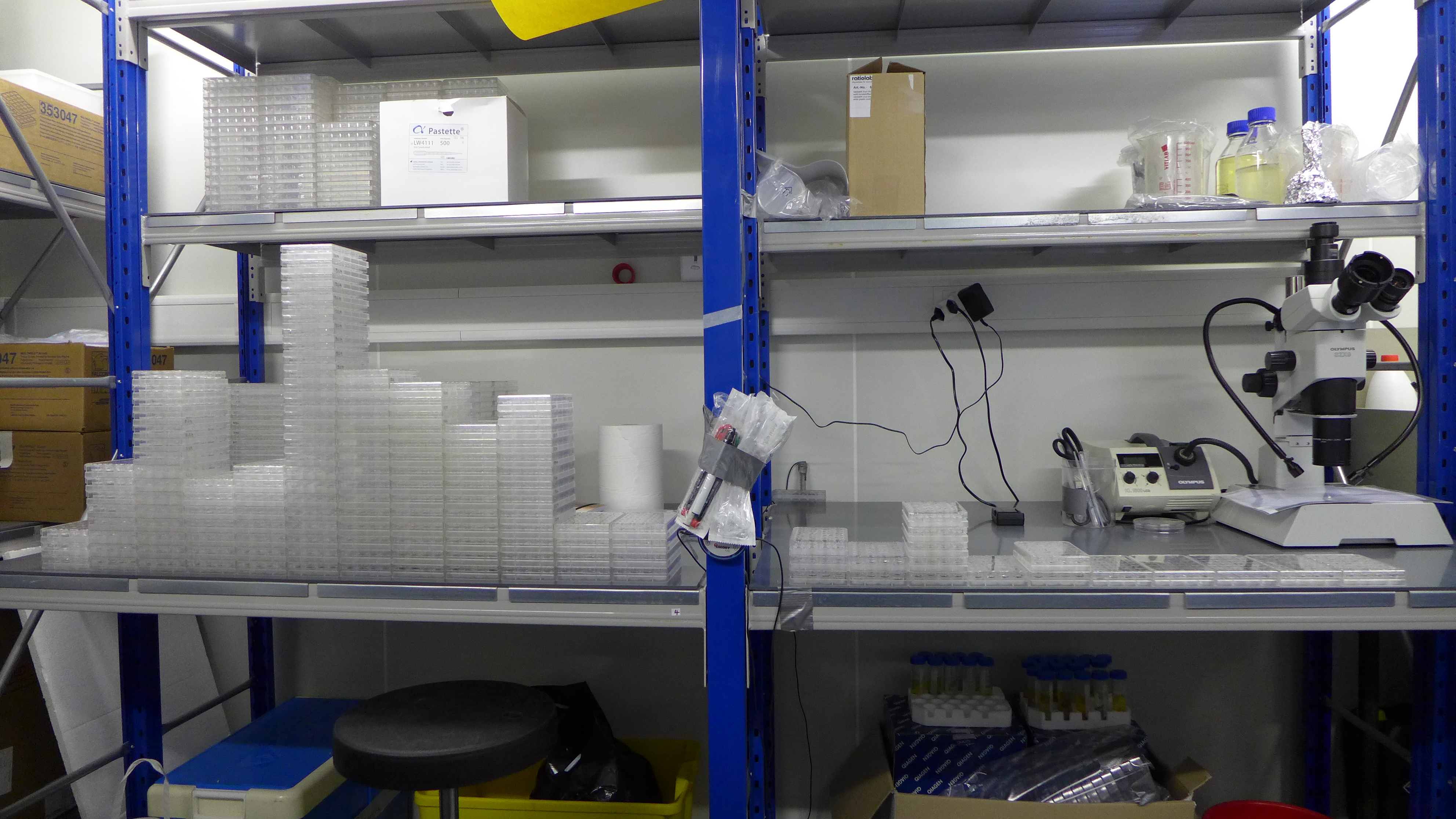 In the climate chamber 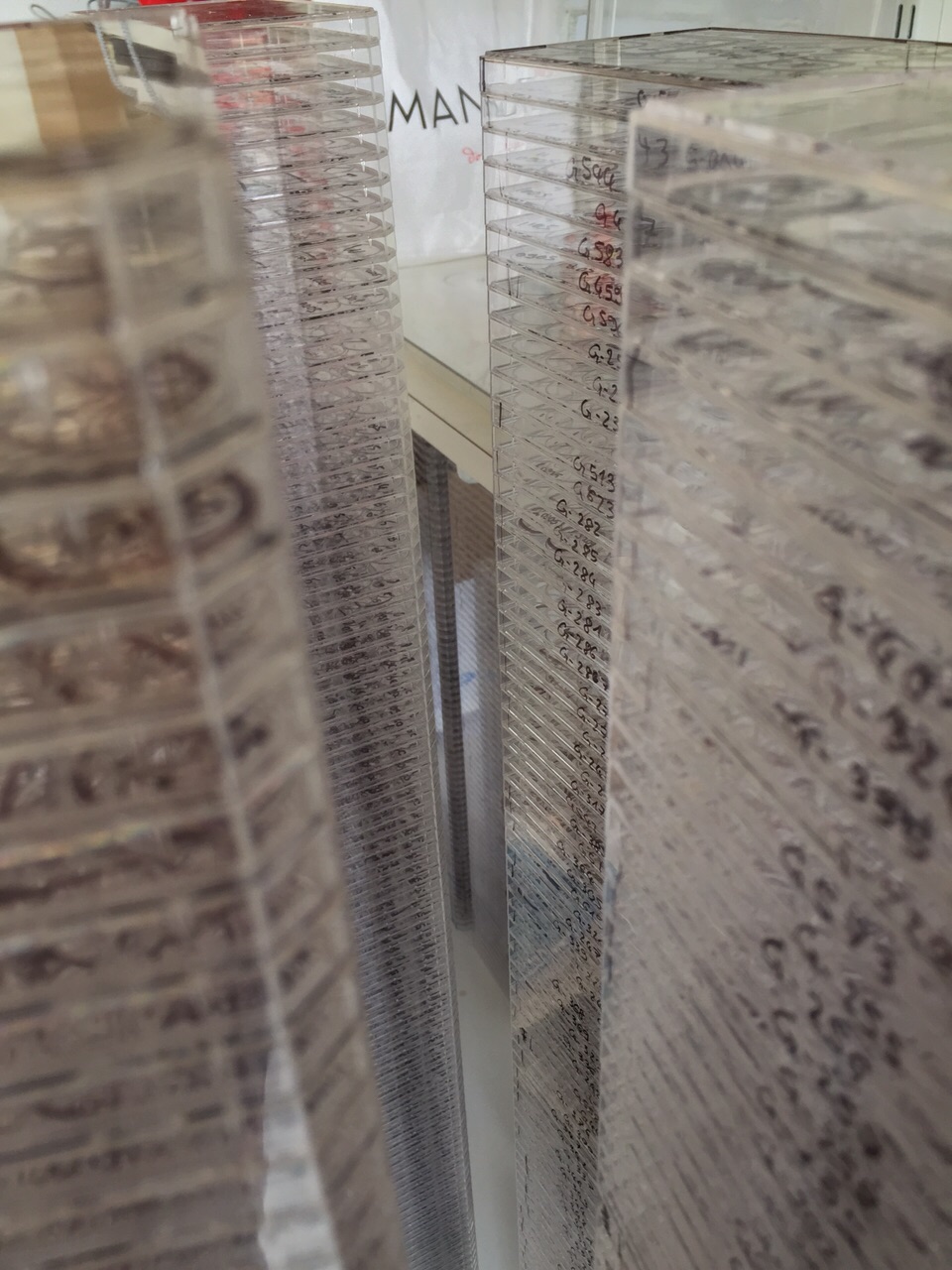 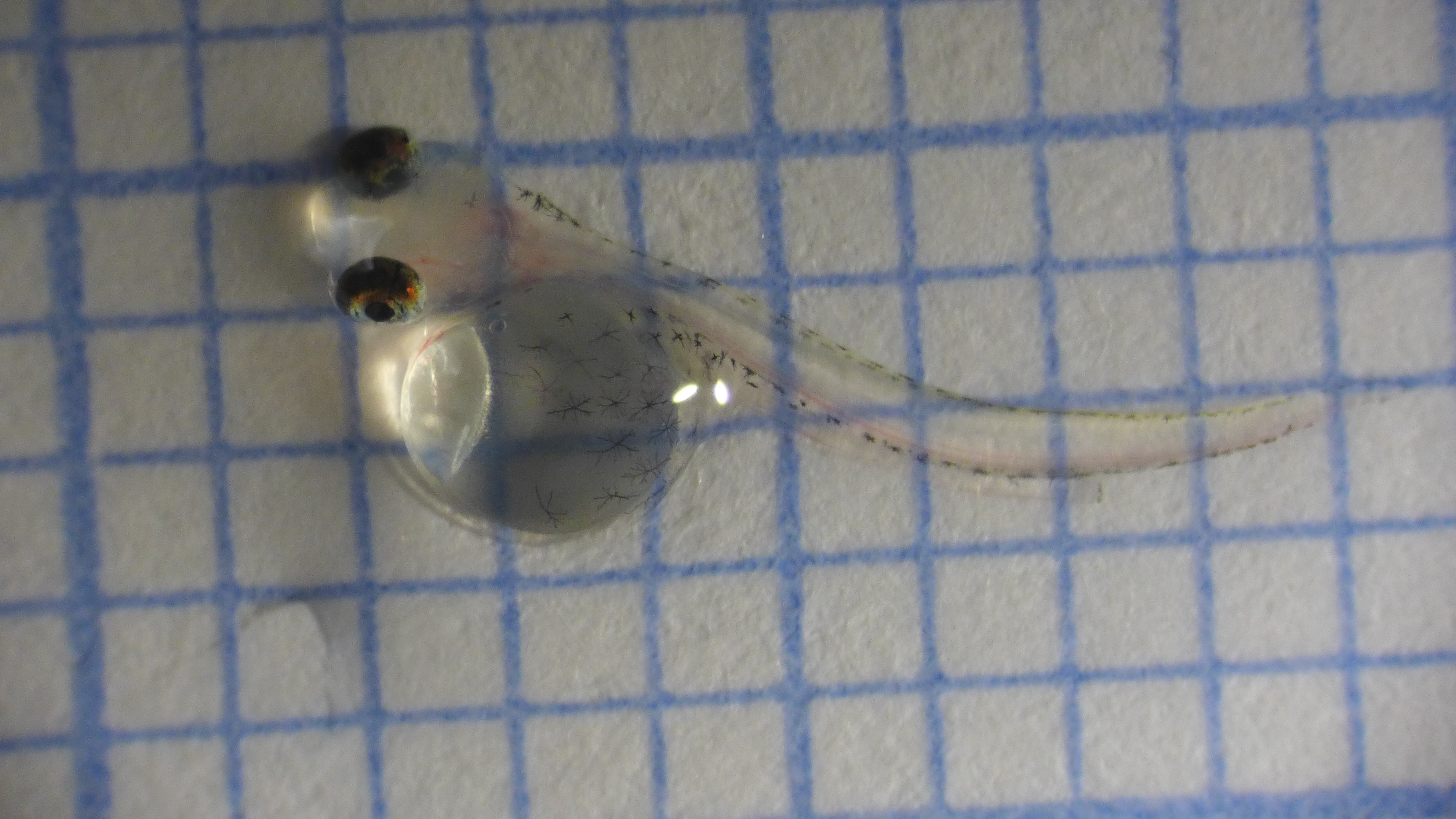