Lately I have been working on a manuscript telling the story of my Master thesis. During my Master thesis I collected data and found a pattern that seemed to contradict a current paradigm in evolutionary biology. I had only a small sample size and we were not confident that our data is sufficient to tell this story. After my Master thesis I increased my sample size of this project and tried different methods to tackle the same problem. Now we are at the point where we trust our data and would like to spread our results.

Early this week I told my mother in law about this story. I showed her our significance statement but it only confused her. She kinda got the drift that whales mate but the rest just confused her. My goal for writing this blog post is to help people outside science to understand what results we found and why we were interested in doing so.

Individuals of natural populations reproduce to sustain their population. Every individual carries around its own genome with a lot of genes. Now when two individuals meet and reproduce some of their genes are different and some of their genes they share. Individuals that are related to each other share more genes. Some genes or gene copies can be harmful to an individual. When two carriers of such a harmful gene copy meet and reproduce then their offspring has a high chance to inherit it from one or the other parent. This is what we call ‘inbreeding depression’ when two harmful gene copies are exposed in the offspring. This can be harmful for the whole population because in this way harmful gene copies can spread.

The MHC (major histocompatibility complex) is a huge gene complex that is part of the vertebrate immune system. This gene complex consists of a lot of different genes and gene copies. These genes make sure that individuals recognize tumors, infections and pathogens. In a population there are many copies of this gene complex and it has been shown that they correlate with the susceptibility to infectious diseases, with the recognition of related individuals in a population, with behaviors such as cooperation, but also with fertilization success and partner choice. A general paradigm in evolutionary biology states that the more diversity there is in the MHC the more pathogens an individual can recognize and the fitter it is.  It has been shown in many vertebrates such as fish, birds, rodents and primates that individuals preferably mate with partners who show a high diversity in the MHC. It has also been shown that individuals prefer to mate with partners that are different from their own MHC, this is even true in humans. If two individuals mate which have different gene copies of an MHC gene their offspring can react to a broader range of pathogens. The immune system of a host is in a continuous race with pathogens where pathogens try to invade the host and the host tries to defend. Mating with non-similar partners with respect to the immune system is a mechanism that accelerates this race in favor of the host. This is called outbreeding at the MHC. If the host has a higher diversity of MHC gene copies it can recognize more different pathogens.

Why we want to spread our results.

Outbreeding is generally viewed as the causal mechanism when observing high levels at the MHC. For us it is, however, not obvious that all vertebrate species (or populations) with an adaptive immune system would benefit universally from immunity against as many pathogens as possible (that is outbreeding at the MHC). We think that it depends on the population structure that you are looking at. At a small scale you might find individuals to mate preferably with partners carrying different gene copies at the MHC to increase the local diversity but if the individuals are presented with conspecifics at a larger scale including a bigger diversity of gene copies they could even prefer to mate with similar partners, which would be considered inbreeding. The reason why we think that is because pathogens are not randomly distributed over space and time. At some places some pathogens are more abundant than others and this will lead to a local arms race between hosts and pathogens that differs from other places. A general mate choice for different gene copies at the MHC would in this case introduce new gene copies into a local population that fail to confer immunity against the current pathogens. We reason that mate choice driven by the MHC is a function of the interaction between the spatial and temporal population structure of the host species and their pathogen exposure. Invoking mate choice for different gene copies simply based upon observations of high MHC diversity in a population might be an over-simplification of a highly dynamic process. We think that the high diversity of MHC gene copies in a species is influenced by demographic, environmental and genetic processes, as well as stochasticity. These factors should be taken into account when outbreeding in the MHC is studied. 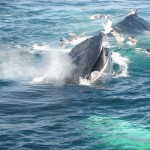 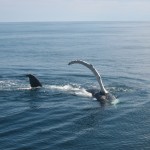 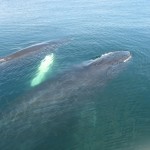